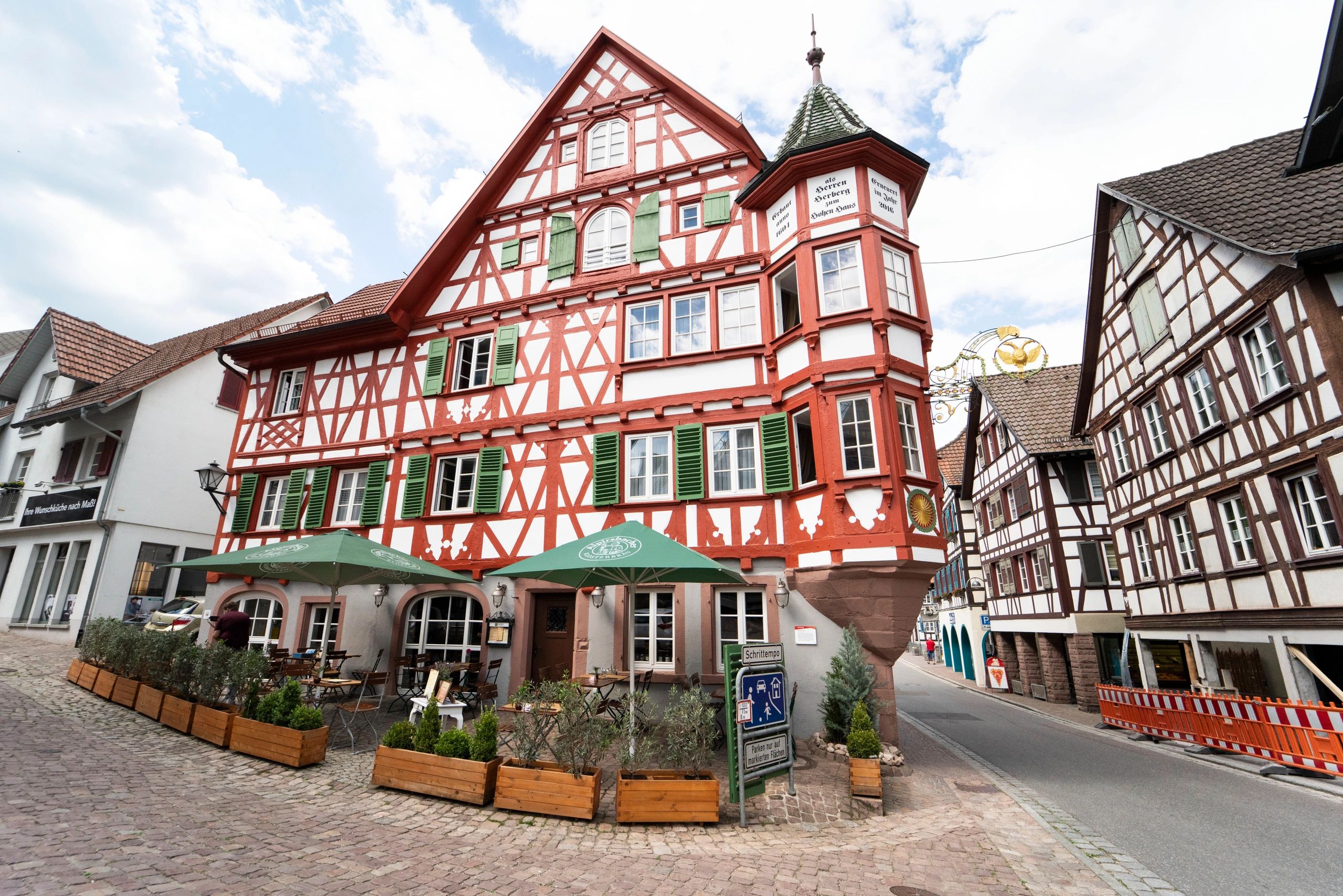 Special requests?
Just talk to us & feel at home.

An overnight stay at Adler 1604 includes a healthy, scrumptious a la carte breakfast menu. If you have special dietary needs, just let us know in advance and we will accommodate you as best as we can. Breakfast also includes:

Daily fresh juices,  a selection of fruits &  whatever our Chef may wish to surprise you with. Oh and of course...coffee, tea

Restaurant Adler 1604 is open for dinner.

Our menus offer a delicious variety to suit your taste & our lounge atmosphere is the place to enjoy those moments between day and night, maybe with a glass of bubbly & some tapas ?
Dining on our Summer Terrace
from May to September.
Call to reserve a table on 07836 9575800.

We try to source some of our produce within the Black Forest region - and we learnt our culinary skills long before 'farm-to-table' was a brand or lifestyle. Back then it was simply - 'go run and fetch some potatoes from Farmer Franz and on your way back - pick up the greens in your mothers  garden' - and chop chop!

Ever tried a home-made truffle sausage? Or a Cordon-Bleu explosion ?  Tofu curry Jalfrezi ? Vegan Wok? Shanghai Style Pork Belly ? Whisky Beef Filet? Or even a Symphony of Ocean & River Fish ? Come on then....be surprised, inspired and
let us spoil you and take you on a journey.

Service with a Smile

We enjoy what we do and we take true genuine pleasure in serving you. After all you have chosen to come and stay with us for a while...what a pleasure! We are  small, intimate, personal, family-run, central location, trendy, unique & approachable.
Welcome to our home -  Adler 1604!

The magical tale of a 400-year old timber house

For the past four centuries, Adler 1604 has been a place of relaxation to travelers of all walks of life.

Here is just a small glimpse into the house of history

and many traditions:
Once a lodging for noble guests; a welcome hiding place during the war, where its' end was signified by the butcher's white apron, serving as a white flag as well

as the distribution of chocolates to the children in the village, marking the beginning of peaceful times and post-war friendship ...

ADLER 1604 served as a muse for travelling artisans,

...who felt compelled to pause and were inspired to draw the shapely structure.   In the fifties the house became a popular holiday destination, especially for guests from the big cities and during the 1970's  international arrivals increased and began to attract celebrity guests, including stars and actors from Germany's famous 80's TV series - 'The Black Forest Clinic' who were filming in the historical town of Schiltach.

Fun fact: Before the Adler was built in 1604, ancient herb gardens occupied the space,  so maybe it is not all too surprising, that a home of hospitality and culinary delights grew from these very grounds.

After a 10-year rest, the Adler is described by many as a Sleeping Beauty -  awoken in March 2018 under the caring new leadership of Mr. & Mrs. Meier.

By carefully honoring the old architectural elements, they have designed an interior with a personal contemporary style, giving the guest a well-marinated blend and experience of old meets new.

May our home, become yours....

We believe in old-school values with a modern approach & invite you to come and enjoy our hospitality.

We have been in this business for more than 30 years, working for hotels in Europe, Latin America, The Caribbean, on Cruise Ships & more.

We have bottled up all  our experience to serve

'The Best Of it all' to you - and if time allows, yes we have some pretty funny stories to share with you too.

If you like what you see, send us an email and we will help you with the details of your trip -

from booking your accommodation and assisting you with ideas for your tour through the Black Forest and other parts of Germany, Switzerland & France.

This region - we call home and we are happy to help you with the journey. Any activity you would like to arrange  - we are here for you.


Need help with your travel arrangements ?
* More about our Town ?